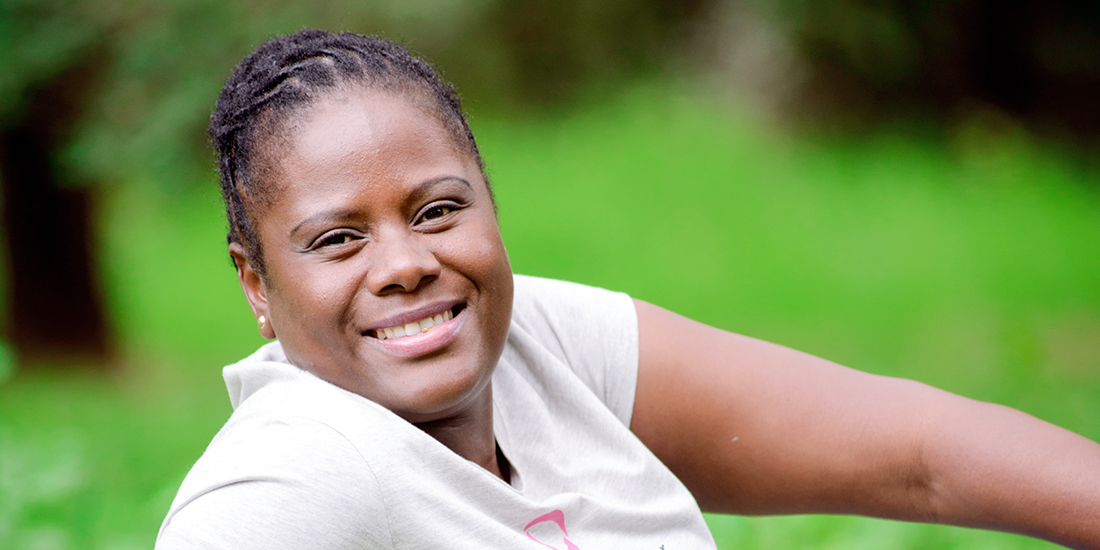 As we continue to share profiles of breast cancer survivors and others affected by breast cancer in the lead up to October, our next #faceofbreastcancer is Moipone Sibiya.

Moipone Sibiya is a community educator in the Vaal Triangle who facilitates breast cancer patients in surrounding areas, including Emfuleni, Sedibeng and Midvaal.

“I felt a lump in my left breast and immediately went to my local clinic. I was referred to Baragwaneth Hospital to undergo several tests. I first had my surgery, then six months’ chemotherapy, followed by radiation treatment,” she says.

“I finally finished my treatment in 2010 and fortunately have been in remission ever since!”

“After first-hand experience with this disease, it’s very gratifying to be able to help other going through something so difficult.”