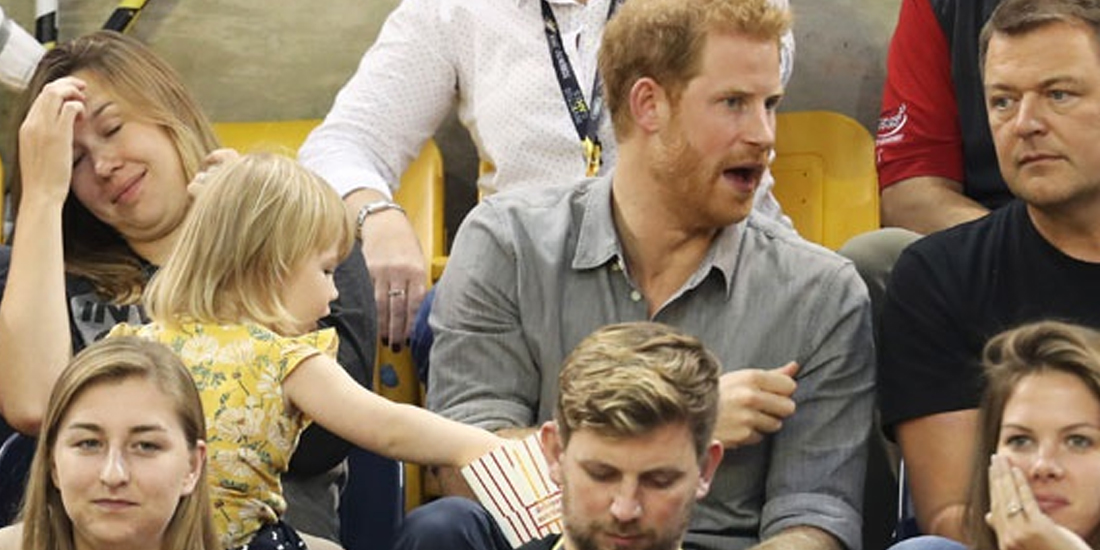 Cape Town – This 2-year-old sneaking popcorn right from under Prince Harry’s nose is all of us ever!

When a toddler is hungry nothing can stop them from getting hold of a snack, even if it means stealing a bite from a British prince.

That’s what happened to little Emily Henson – the daughter of British Paralympian Dave Henson - when sitting on her mom’s lap which happened to be next to Prince Harry in the crowd at the Invictus Games Toronto 2017.

The toddler was caught on camera sneaking some popcorn from the royal’s hands while he was deep in conversation. 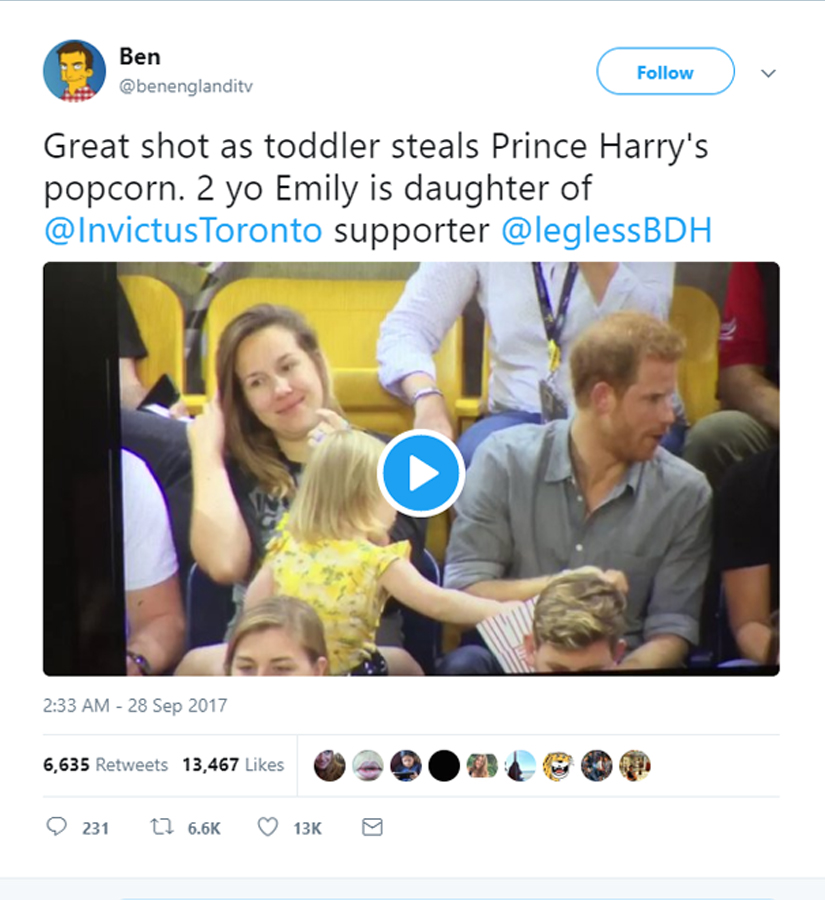 While it’s totally adorable, what’s even cuter is when Harry finally notices and does what any other person would have. 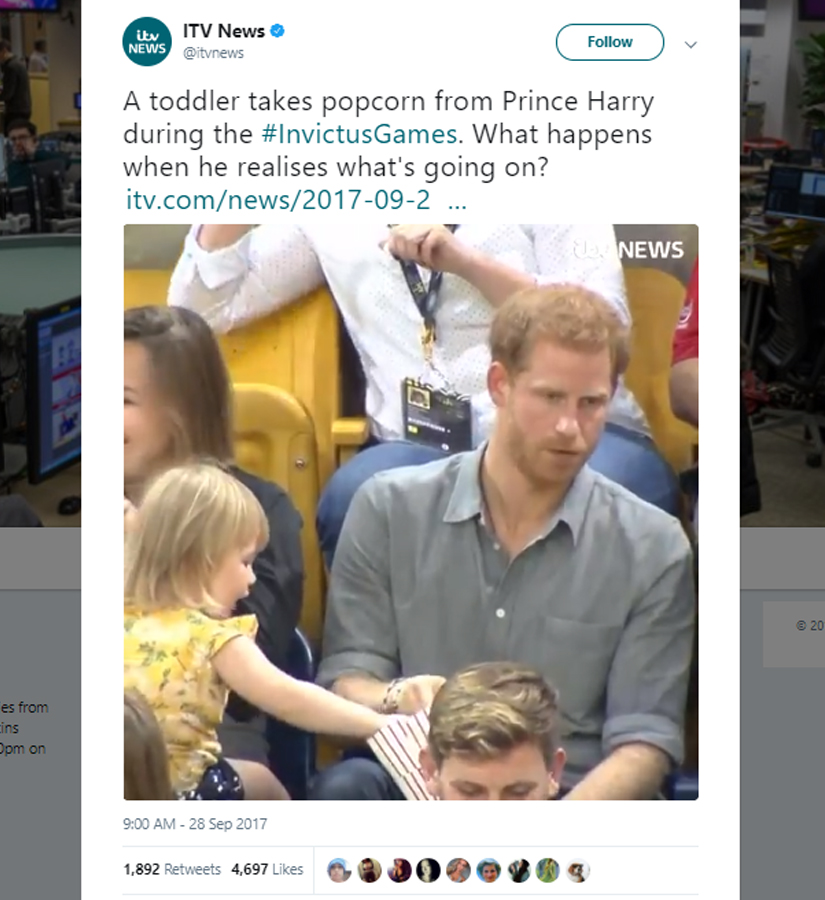 A toddler takes popcorn from Prince Harry during the #InvictusGames. What happens when he realises what's going on? - ITV news (@itvnews)

The prince was also sporting the Relate Trust bracelet that set rumours swirling of his relationship with Meghan Markle. (Read more here)

This article was first published by Channel24 on 28 September 2017.