Great leaders inspire action, which may be how all great stories start, but the kind of leaders that leave a legacy like our Late Great Tata Madiba did, can be everyday heroes like you and I, who choose to give a hand-up, not a hand-out, to the many men and women fighting tirelessly to say Goodbye Malaria, once and for all. Now during the highest risk period for contracting malaria, the plight of this disease that is the biggest killer of children on the African continent, should be known and replaced with the inspiring stories of the Goodbye Malaria Spray team in Mozambique who are strengthening communities and ultimately protecting and changing lives.

'It always seems impossible until it's done.” ~ Nelson Mandela

Malaria is a major cause of illness and death in Mozambique, particularly of children under five. In Africa children under five years old account for nearly 90% of all malaria deaths and it is estimated that a child dies every 60 seconds from this disease, which is completely preventable and treatable. Latest statistics from the World Health Organisation (WHO) record an alarming increase in the number of reported confirmed cases of malaria in Mozambique. Over 1-million more malaria cases were reported in 2013 than the previous year, with 2,998,874 compared to 1,813,984 in 2012. WHO also recorded 17,400 malaria deaths in Mozambique during 2012, and sadly this may not be the whole picture as countless deaths are not reported given the typical flu-like symptoms of malaria – a disease that is completely preventable and treatable if identified in time. The high prevalence of malaria puts the almost 26-million population at risk and poses a challenge for malaria elimination efforts nationally and in neighbouring countries, such as South Africa.

A total of 180 000 people in Mozambique can sleep a little easier this festive season and for the next few months as a direct result of Goodbye Malaria’s IRS (Indoor Residual Spray) Malaria Prevention Program. The Boane and Magude districts in Mozambique have been part of a pilot project by Goodbye Malaria to protect, change and save lives in the malaria endemic country.

It is these unnecessary statistics that prompted Nando’s co-founder, Robert Brozin to establish Goodbye Malaria. Together with his co-founders Sherwin Charles, David Stern and Kim Lazarus and the Spray Team in Mozambique, they are committed to eradicating malaria in this lifetime. “A guiding mission behind our business model is that we are resolute in our determination to show that malaria is no longer welcome on our continent. Malaria has no right to the lives it claims, and we work tirelessly to stop it,” said Brozin. What’s been Done So Far

The Goodbye Malaria Spray Team has recently completed spraying and protecting just under 17 000 houses in the Magude district, which has an estimated population of 60 000 people with high unemployment. In the Boane district, with an estimated population of 140 000 and also high unemployment, spraying is ongoing. “We are busy with our third spray season here and aim to complete spraying 42 000 houses. Looking forward, we aim to consolidate our gains made in the Boane and Magude districts and expand if and when external funding is obtained,” said Francois Maartens, Goodbye Malaria Field Coordinator in Mozambique.

One of the Toughest Jobs on Earth 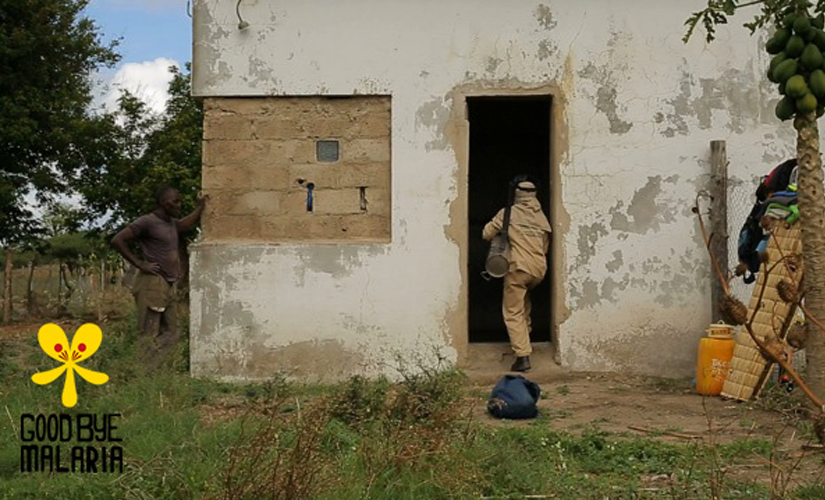 Indoor residual spraying (IRS) is an extremely physically demanding job. “It is arguably one of the toughest jobs on earth given the extremities of the working conditions, starting out at5am six days a week and walking long distances (especially in rural areas), dressed in heavy PPE (personal Protection) suits and carrying heavy compression spray tanks close to 20kg when full. Daytime temperatures are sweltering and range between 30C and 40C with very high humidity. Their suits consist of a protective overall, nitrite rubber gloves, face shield, respirator, safety boots and a jockey cap. Spray operators typically work 6 days a week, they start at 5am to get ready for the day’s work at6am and end at 2pm. They are the real unsung heroes of malaria vector control in Africa,” says Maartens.

Goodbye Malaria employs a total team of 140 spray operators (70 in Boane and 70 in Magude), who were recruited from the target communities because it creates sustainable local employment (spray operators were previously unemployed) and they are known to the community and familiar with the area. The Spray Team consists of an even gender ratio of 50/50 men and women. “The program has had a significant, positive impact on their lives and the work enables them to support their families,” said Maartens.

Two major challenges with any IRS program according to Maartens are logistics and funding to keep the program going. Goodbye Malaria is mobilising communities to support the cause, as their purchase of any product off the Goodbye Malaria website helps funds the spray program in Mozambique and makes a difference to so many lives. This includes not only a family in Mozambique who can sleep a little easier protected from contracting malaria, but also back home in South Africa as local artisans – Gogos, Tatas and previously unemployed and disadvantaged individuals - are paid for passionately handcrafting Goodbye Malaria’s African-inspired product range of gifts made with a purpose. 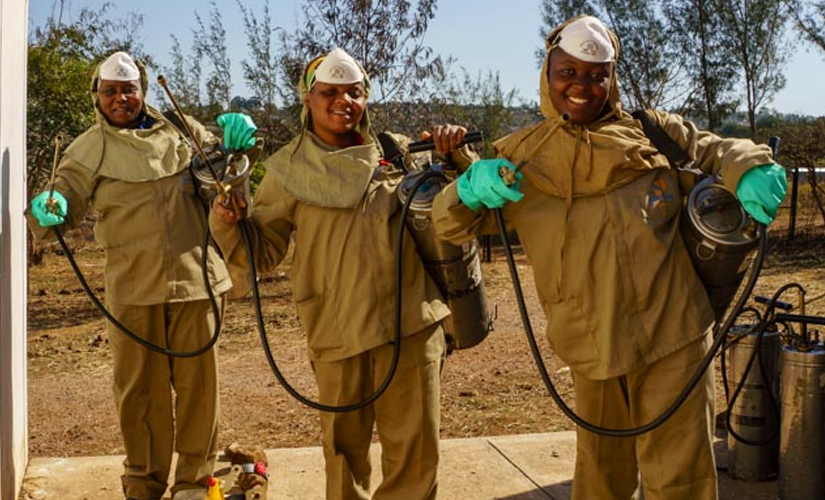 “The best part of this year for our team was being able to conduct the third spray round in the Boane district, as well as complete our first IRS in the Magude district within the allocated time of three months,” says Maartens.

While the Goodbye Malaria program focuses on malaria control in Mozambique, there are several additional spinoffs. Maartens explains: “Children can attend school more often and parents can work or farm more productively, which raises the income and standard of living for these communities. A decrease in malaria cases also frees up hospital beds and saves the Governement money, which is the used to address other problems and diseases.

This article was first published on the 11 January 2016 by Goodbye Malaria. Click here to read the original online.