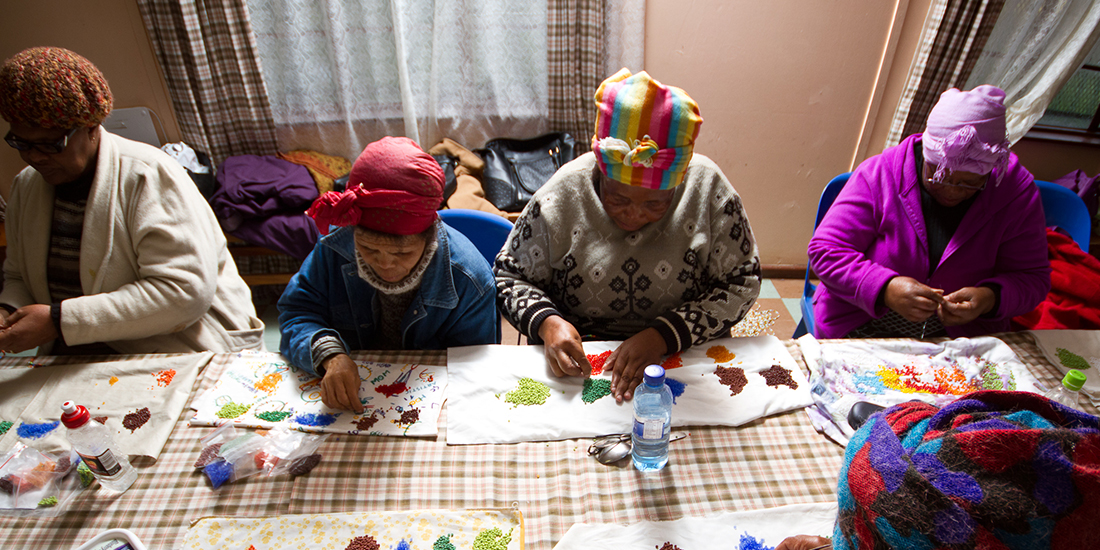 A SIMPLE string of beads, made and sold through a uniquely sustainable business model, has seen the Amy Biehl Foundation (ABF) in Cape Town benefit by more than R1 million.

Through sales of the Relate cause bracelets, regular monthly payments made over the past few years have culminated in R1 062 464 being raised and this will go towards 354 children being kept safe through the foundation's work.

More than 130 000 of these bracelets were sold over a five year period and the goal is to raise another Rim over the next three years.

The Amy Biehl Foundation was established following the death of American bright scholar Amy Biehl in a politically-motivated mob attack in Gugulethu in 1993. Amy's parents were instrumental in keeping her memory alive by founding the foundation in i997.

The management was taken over by Kevin Chaplin in 2006 and under his directorship he has raised the foundation's public profile. Its five afterschool centres in Gugulethu, Philippi, Bonteheuwel and Khayelitsha cater for over 2 000 children. Raising funds to build headquarters in Sybrand Park, that offer entrepreneurial skills development programmes, was part of the vision and it was opened this year.

In 2016, 300 children from 18 to 25 will benefit from these courses. The foundation is in the top 12 of the Relate beneficiaries. Relate's brightly coloured bracelets, threaded by unemployed gogos (grandmothers) and township residents bring much needed employment and purpose to many people's lives. And as a show of their commitment to transparency and accountability, each handmade Relate bracelet comes with a signature "R" bead of authenticity and is a simple way to support a cause.

Relate has already raised R31.2 million and looks to collaboration and partnerships to achieve its goals. Dealing only with credible brands they sell through their online shop and the public can choose the cause they wish to support, both locally and internationally. From the UN project Free and Equal rights, Bono's WHO campaigns, the Endangered Wildlife Fund to the PinkDrive, as well as a variety of South African retail brands, this is a gift that shows support for a cause in a simple, yet effective way.

This article was first published by Cape ARgus on 23 December 2015, click here to view pdf version.