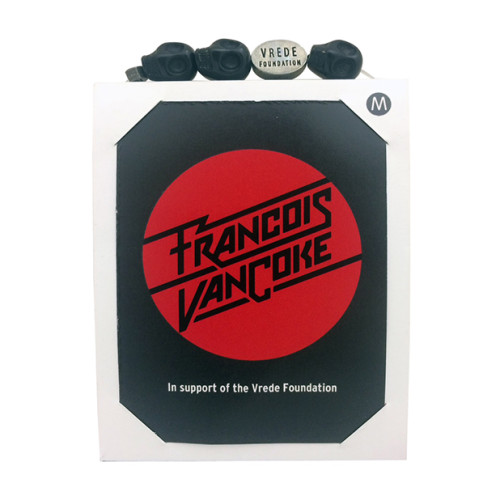 The Vrede Foundation – founded by Herman Pretorius, who lost his battle to cancer eight days before his 30th birthday in 2015 – is dedicated to raising awareness, early detection, as well as funds for young South Africans with cancer.

Pretorius was a well-known figure in South Africa’s rock scene. He established the Vrede Foundation to combat the lack of knowledge about cancer among South Africa’s youth. As the number of young people affected by cancer continues to rise, the Vrede Foundation wants to share information about the disease, how to manage it, and how to assist those affected by cancer. The foundation also raises funds and provides financial assistance to young South Africans with cancer who have no access to medical aid.

Relate Bracelets makes handmade beaded bracelets in support of more than 70 causes, the latest being the Vrede Foundation. Proceeds from the sale of each bracelet support not only the relevant causes, but also the seniors in impoverished communities who supplement their pensions by threading the beads. Many of these senior citizens care for their grandchildren and others orphaned by HIV/Aids. Relate’s younger staff members, who close and pack the bracelets, also benefit with training in their chosen fields to further their careers beyond Relate.

Relate Bracelets are instantly recognisable by their signature “R” bead, a sign of their transparency and accountability.

On his involvement with the Vrede Foundation, Van Coke says: “Herman and I have a long history. From playing in bands together in high school in the 90s to being part of the rise of the Bellville rock scene in the 2000s, he was truly my blood brother. His death was a blow not only to those of us who knew him and the South African rock scene, but also to the people he was reaching through the Vrede Foundation. Partnering with Relate on this bracelet is the least I can do to honour him, his legacy, and the message he was trying to deliver.”

The Francois Van Coke Relate Bracelet, retailing at R50, will be launched this Sunday, 17 January, when Van Coke performs with Karen Zoid at the Kirstenbosch Botanical Gardens in Cape Town. It will also be on sale at all of Van Coke’s 2016 shows and concerts.