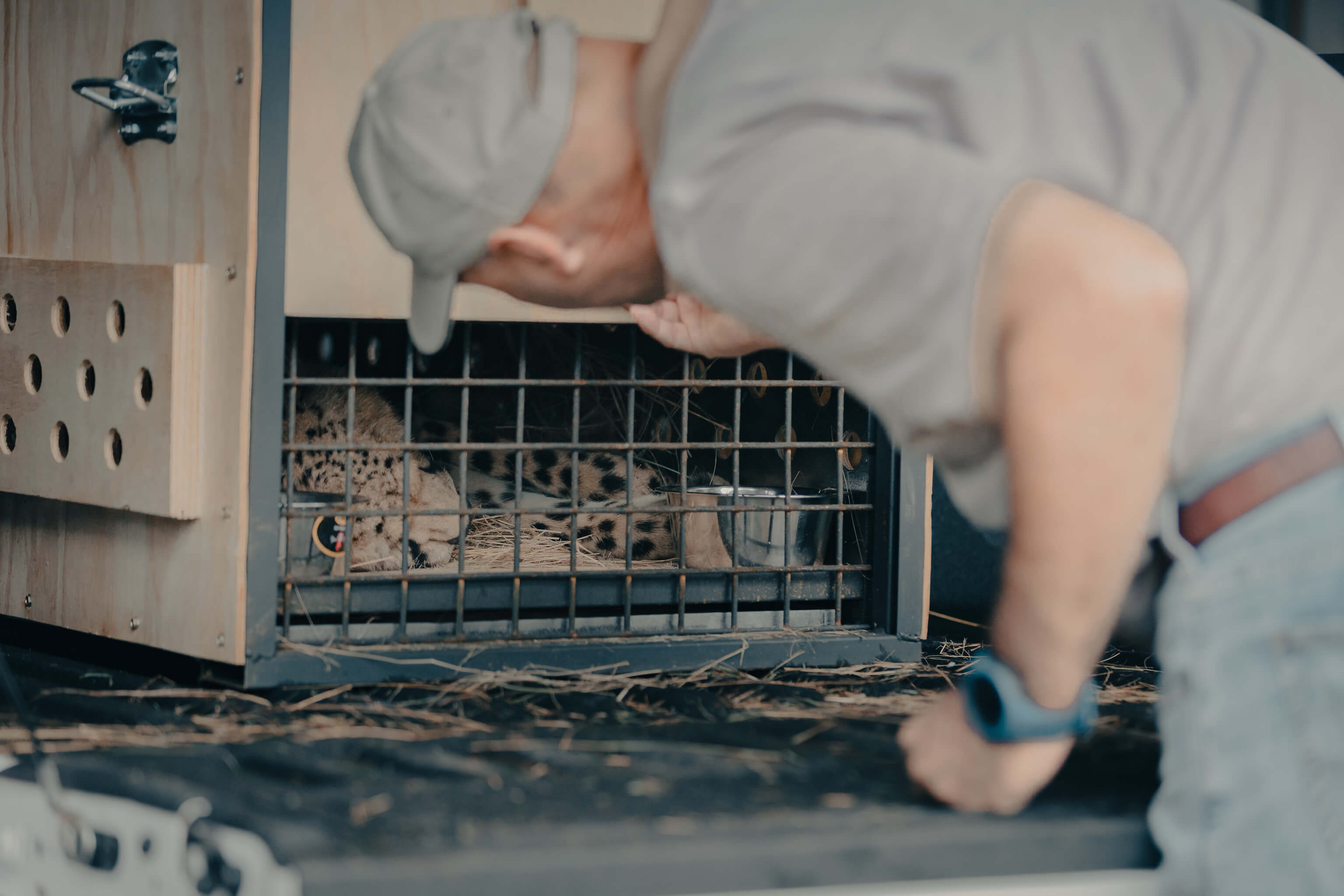 Bangweulu Wetlands in Zambia has received a small founding population of Cheetahs – the first of this species to return to this unique community-owned, protected wetland in almost a century.

After a collaborative effort by Relate bracelets supported conservation partners, on Thursday December 17th the Government of Zambia announced the successful translocation of an initial three Cheetahs from South Africa. 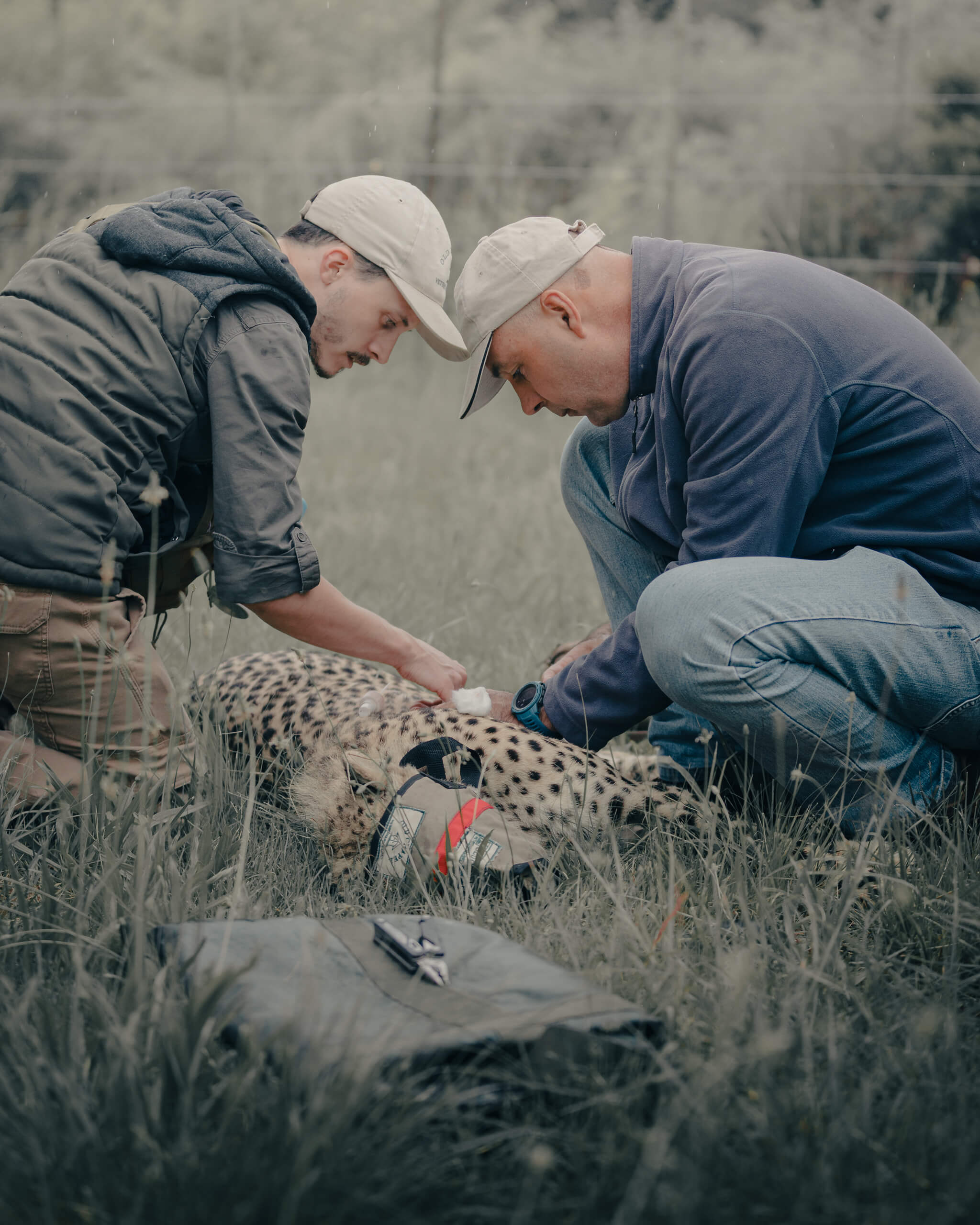 Zambia’s Department of National Parks and Wildlife (DNPW), African Parks, the Endangered Wildlife Trust (EWT), Ashia Cheetah Conservation, and the National Geographic are all jointly responsible for the reintroduction effort, to help restore Bangweulu’s biodiversity and aid efforts to secure safe spaces to promote the long-term survival of the species in the region. 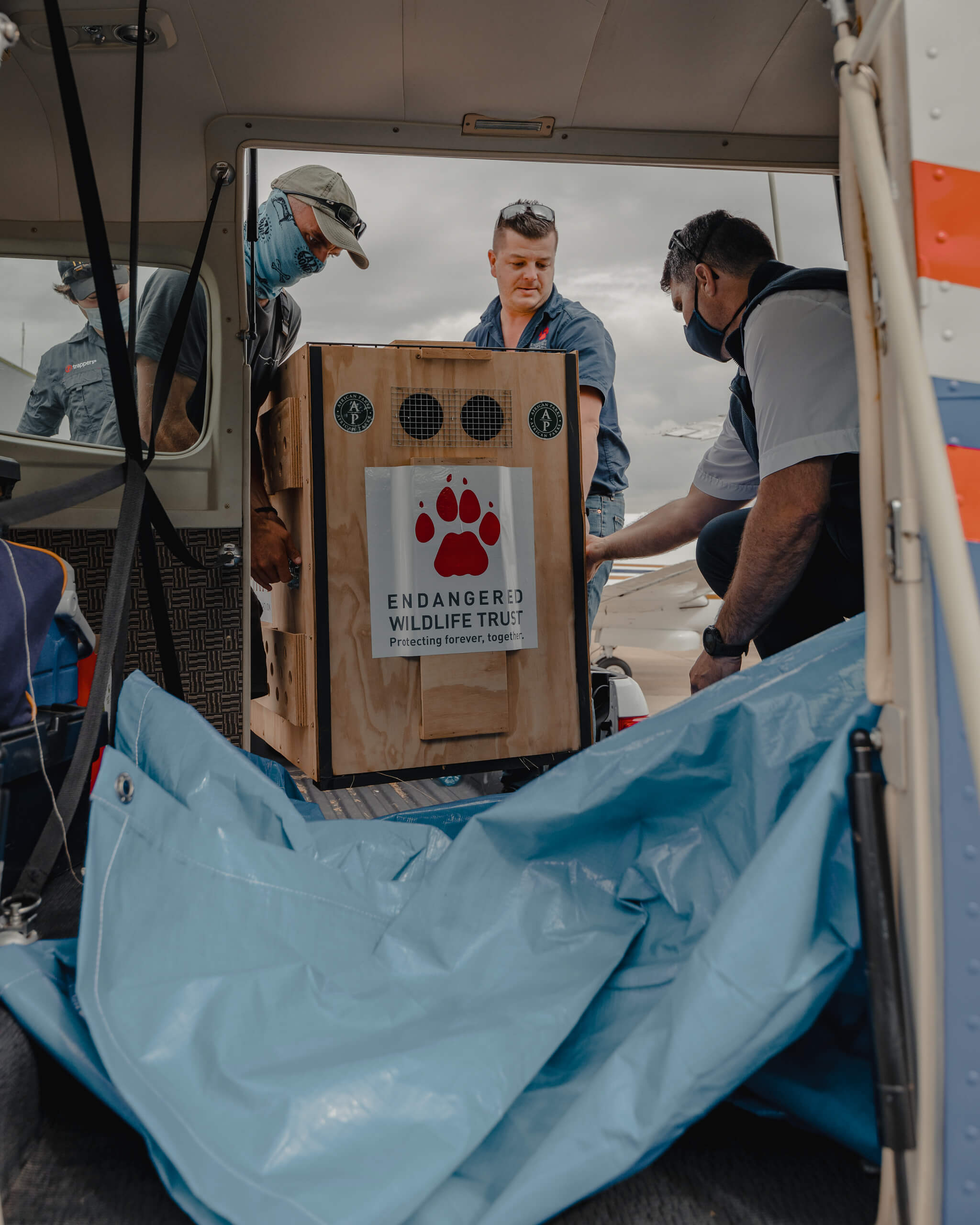 “With the reintroduction of Cheetahs to this extraordinary wetland, Bangweulu serves as a paragon for community conservation.  Our unique tripartite partnership with the Community Resource Boards and African Parks has unlocked an opportunity here to help protect this vulnerable species from extinction in the wild, while helping to revitalize Bangweulu and enhance nature-based tourism” said Dr Chuma Simukonda, Director of the Department of National Parks and Wildlife.  “We are proud to be working together to preserve biodiversity, securing lasting benefits not just for local communities and for all Zambians – but as a contribution to securing a sustainable legacy for the planet”. 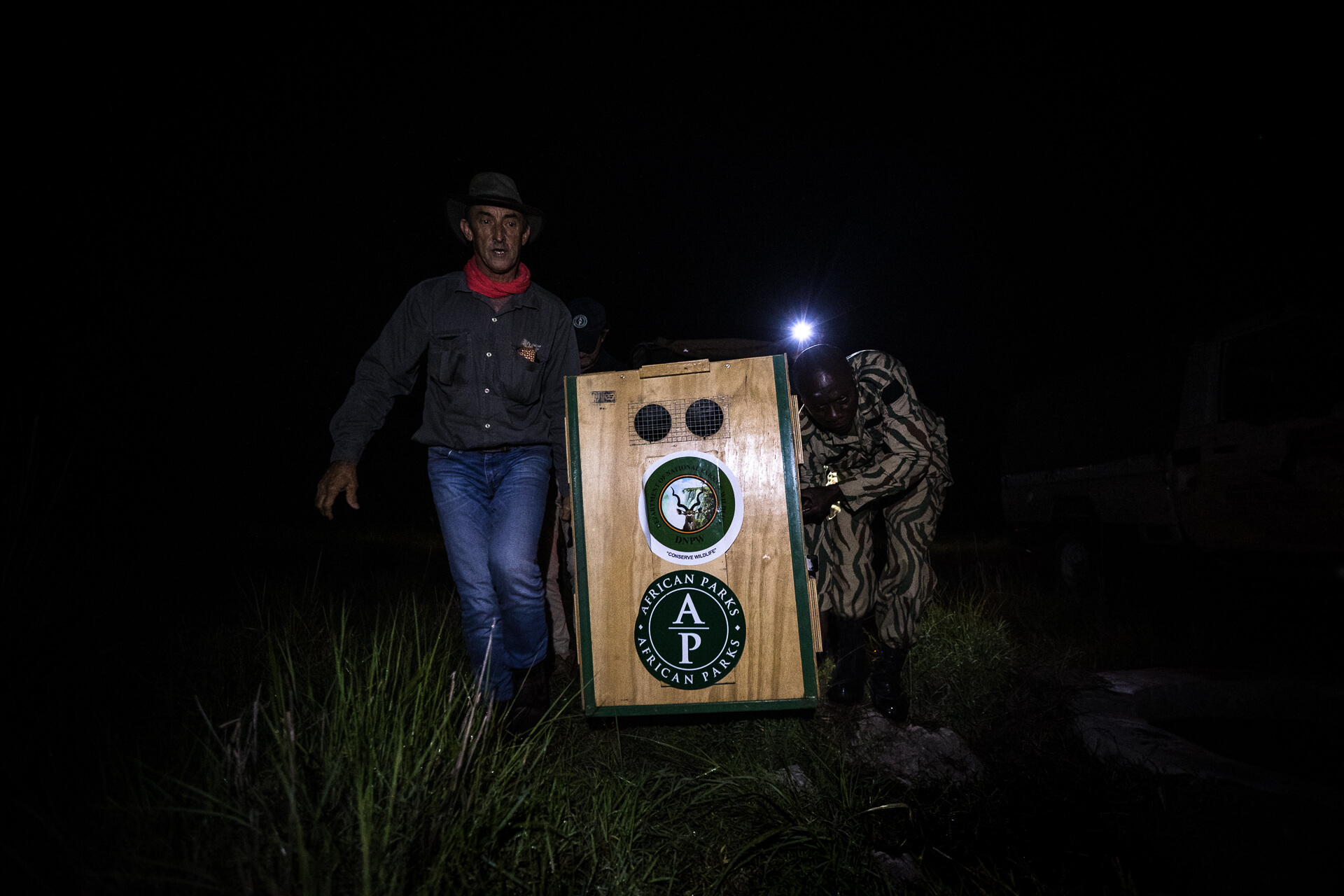 The translocation initiative arises from a longstanding partnership between Zambia’s Department of National Parks and Wildlife (DNPW), six Community Resource Boards (CRBs) and conservation non-profit African Parks, which has managed Bangweulu Wetlands since 2008. This partnership has worked in conjunction with the EWT’s Cheetah Range Expansion Project to source three healthy males from reserves in South Africa, which were flown to Bangweulu, in north-eastern Zambia, on December 15th. 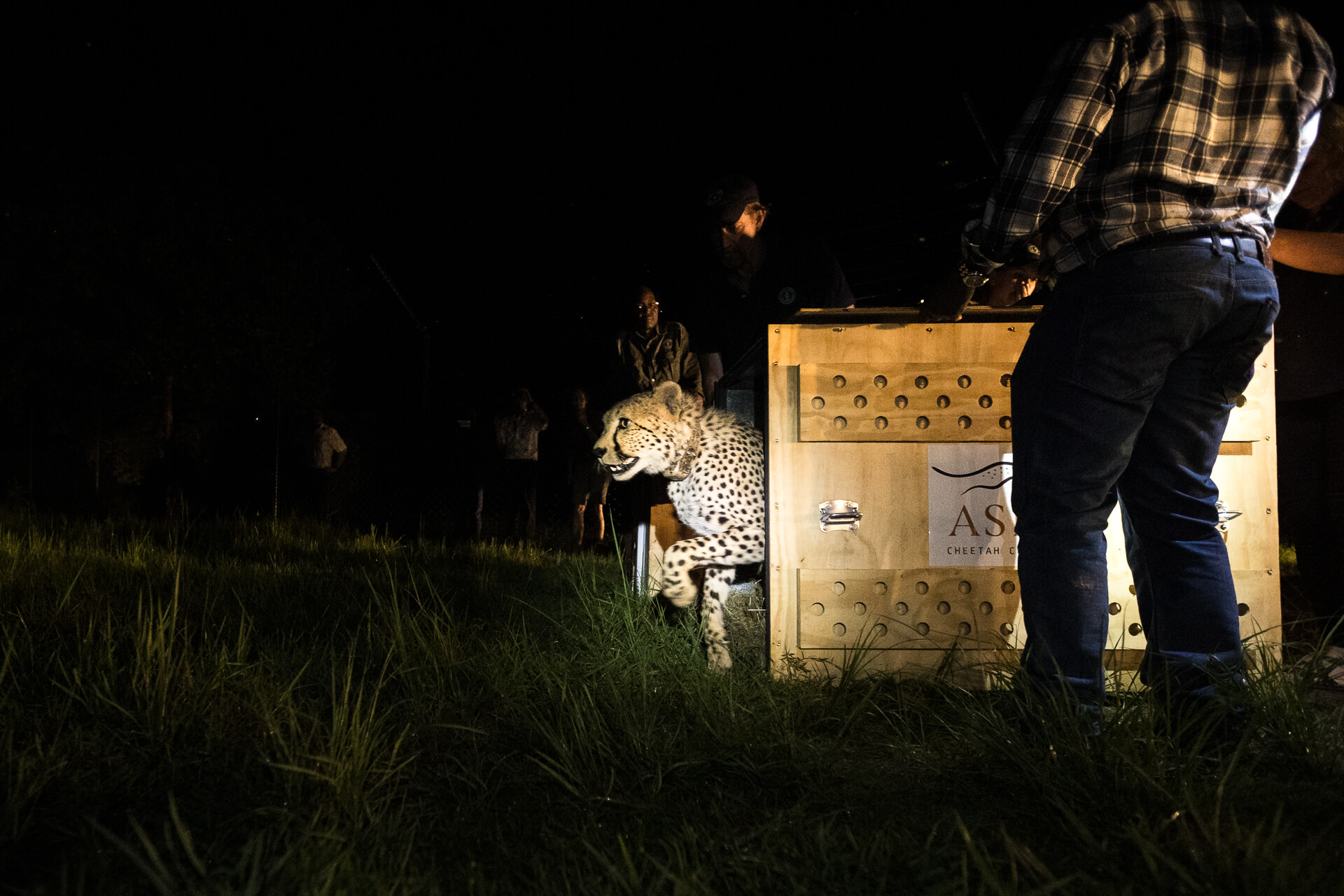 The Cheetahs were safely released into temporary enclosures especially designed to support their acclimation and will be fitted with tracking collars to enable their long-term monitoring. The founder population is genetically unrelated and was sourced from three reserves, namely Mountain Zebra National Park (Eastern Cape), Rogge Cloof (Northern Cape) and Welgevonden (Waterberg, Limpopo). 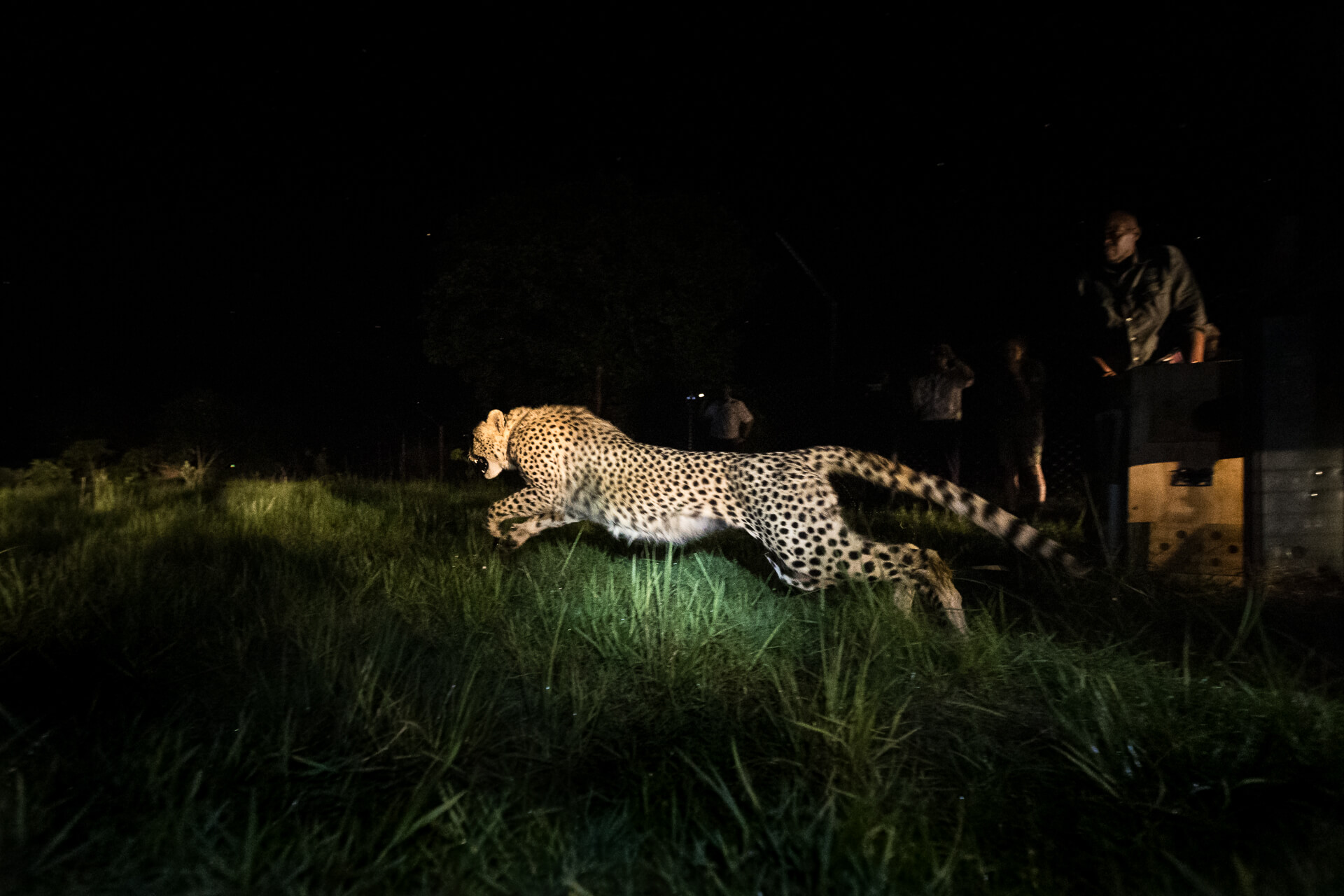 “In many parts of the continent Cheetahs face an uncertain future, but today the Zambian Government and Bangweulu’s communities are providing a chance for their recovery” said James Milanzi, African Parks’ Zambia Director. “Thanks to our 12-year partnership with the DNPW and six CRBs, Bangweulu has seen a dramatic transformation. The reintroduction of Cheetahs marks a new ecological milestone, and an exciting new chapter for eco-tourism to this region”.

At 6,570 km2, Bangweulu is of suitable size and habitat to support a viable Cheetah population. Its connectivity to other protected areas provides the added potential of establishing a healthy metapopulation to promote the long-term persistence of the species in the region. 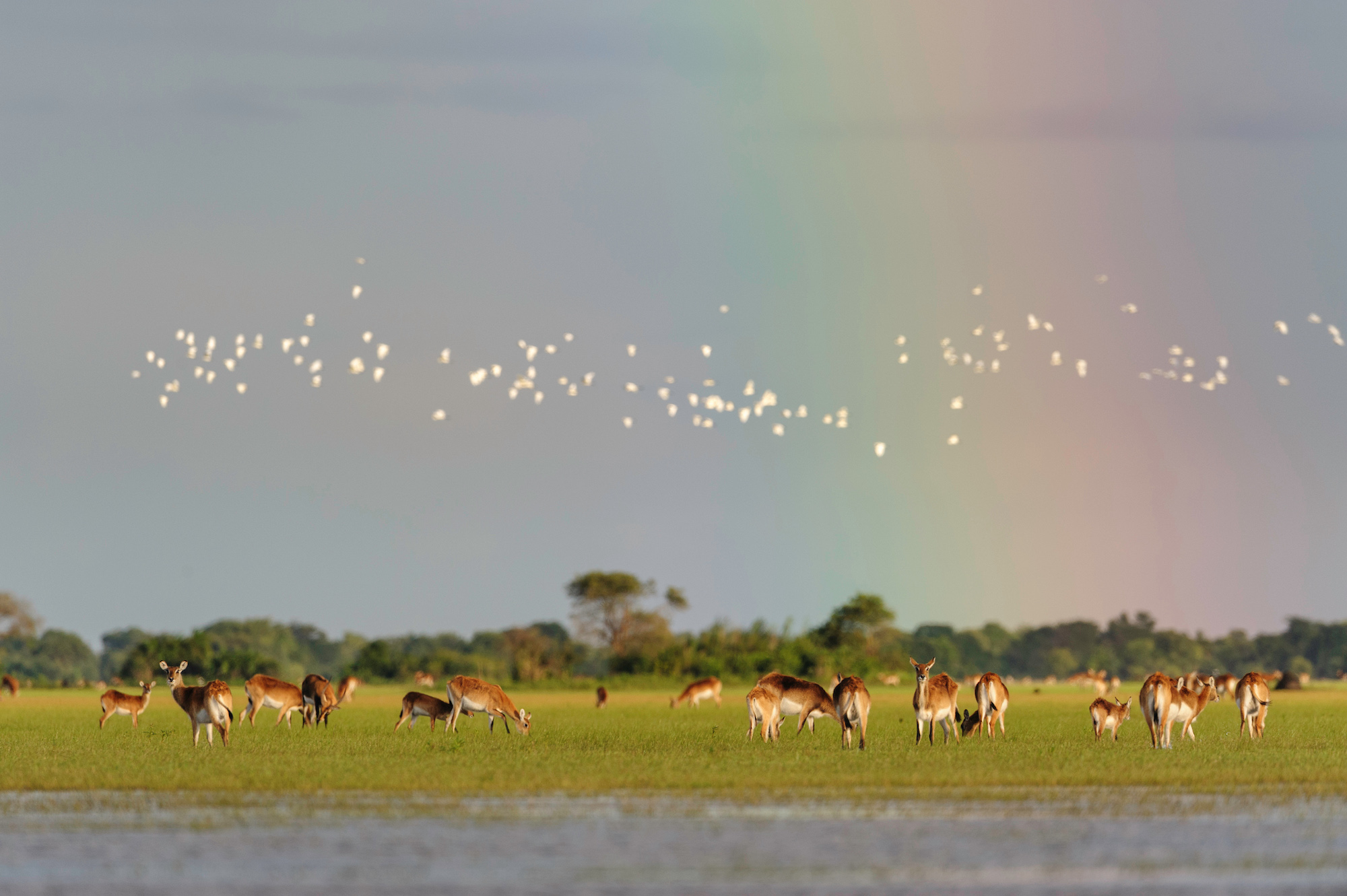 With fewer than 7,000 Cheetahs remaining in only a fraction of their historic range, safe and secure protected areas are essential to the survival of the species in Africa’s wild landscapes. “We’ve managed to double wild Cheetah numbers in the fenced protected areas in Africa over the past decade. Thanks to community work initiated by African Parks, reintroductions into unfenced systems are now possible. This will be our first attempt” said Vincent van der Merwe, EWT’s Cheetah Range Expansion Project Coordinator.

Bangweulu — which means ‘where the water meets the sky’— is designated as an Important Bird Area by BirdLife International and as a RAMSAR Wetland of International Importance. This unique community-owned, protected wetland is not only a life source for a wide variety of wildlife, but supports 50,000 people who rely on the landscape’s rich resources. Progress to restore Bangweulu has seen poaching decline dramatically, wildlife populations steadily climb, and tourism and other enterprise projects contributing revenue to the area and its communities.