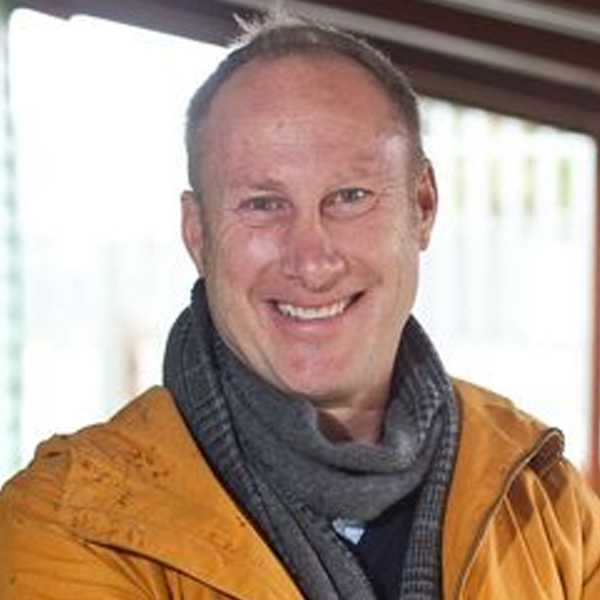 You see them all over. You might even be wearing a few of the beaded bracelets sold in aid of good causes from clean oceans to AIDS education.

In the year that Neil Robinson has headed the nonprofit organisation (NPO) Relate Bracelets, the sale of the multicoloured sets of beads has risen slightly more than 70%. They sold 307,000 bracelets two years ago and in the past financial year 500,000.

Relate Bracelets relies on corporates to sell its bracelets after it eschewed asking for hand-outs. “We decided on a no-donations policy,” says Robinson. “Donation doesn’t help build what we say we are about.

“Yes, we donate to causes, but we’d rather you buy bracelets, they give jobs, hope and salaries. I don’t believe in the begging bowl NGO (nongovenmental organisation) model for us,” he says.

Revenue from each R35 bracelet is split three ways, a third to the charity the bracelet represents and another third to operational and materials costs. The final third is split between salaries for the 300 beaders — mostly mature women — remuneration and skills development for other Relate Bracelets staff and to enterprise development.

There are 28 “other staff” in the Relate Bracelets Cape Town headquarters, all young people who have to commit to education or training as part of their job requirements. “I don’t want them there forever, they need to elevate themselves beyond Relate,” he says.

Relate’s focus on building jobs and skills is focused on contributing to reducing inequality in SA, where one-in-two people lives below the national poverty line.

“You have the huge-salaried CEO, and then you’ve got the guys who get a good matric and go on to Deloitte or something, but what about those who don’t have a good matric?” Robinson asks.

“Out of the 20 or so youngsters I have interviewed in the last year, 18 had a matric with an F pass (35-39%). They can’t write me a critical, thought-based letter telling me why they would be great for the job. Their English is terrible and they have an E (40-49%) or an F for Xhosa. Where do those kids go?”

Robinson spent 23 years earning a good salary in tobacco, alcohol and pharmaceuticals firms until he woke up one morning and had a think.

“I said to my wife, ‘There isn’t a purpose to this’. I suppose it was a mid-life crisis, only I didn’t buy a Ferrari,” he says.

“I’d done a bit of NPO work, touched on it, because one of the corporates I worked for supported a Rape Crisis Centre. I loved it — it wasn’t about myself.”

After the morning think, Robinson resolved to take a year off and consider his position. But life had other plans.

“I quit my job. On the Monday, I got an e-mail from a life coach I had been working with. It was about Relate. I had a quick speed read — I was going on a three-week holiday.”

He liked what he saw and “a few” e-mails were sent back and forth while the Robinsons were on holiday.

Back in SA, he was interviewed by the Relate board of directors and got the job.

Relate has raised just less than R28m from the sale of about 1.9-million bracelets since April 2010, when it became a trust. It ran as a closed corporation for a short while.

“The guy in charge before me was a CA (chartered accountant). Everything was accounted for, and they were doing well — between 200,000 and 300,000 bracelets a year — but there were no partnerships with retail corporations,” he says.

These partnerships are essential to the Relate Bracelets business model, with each corporate partner choosing causes and selling the bracelets in shops across SA.

“Our strategy is to look at big partnerships — Woolworths, Sorbet, Cape Union Mart, Clicks. We will grow in retail in SA,” Robinson says.

“My ultimate vision is that every employed South African buys one bracelet a year — each one costs R35. That’s 12-million taxpayers. We could raise a quarter of a billion rand for the causes. It sounds absurd, but those are the numbers.”

Relate Bracelets are also sold in the UK and Australia; and anywhere in the world online.

There are “minimal sales” in the US, mostly because there is no retail tie-up there yet.

Robinson wants to “franchise” Relate’s operations to Gauteng, the Eastern Cape and KwaZulu-Natal, especially because of the job-creation possibilities.

“Our gogos in the township (who do the beading) — some have lost sons and daughters.

“They are looking after seven or eight grandkids and they get R1,500 (in state grants) a month. We double that,” he says.

“The hardships they face, we cannot comprehend them. When you look at the opulence in which some people live, that is surely wrong.

“I am not advocating communism, but we need a system, call it a skills year, through which kids can gain some sort of future. Unless we do something, in 10 years’ time we’ll be even further behind the eight ball.

“We know the challenges — the Eskom issue, Telkom and MTN shedding jobs. What happens down the line? It’s a tough space we are living in.

“Relate is trying to do its little bit, to create jobs …. I certainly don’t earn the money I used to, but this warms you. I have learned that it is selfish to give. The more you do it, the more you want to do it.”

This article was first published on 25 June 2015 by Career Junction, to view the original online article click here.