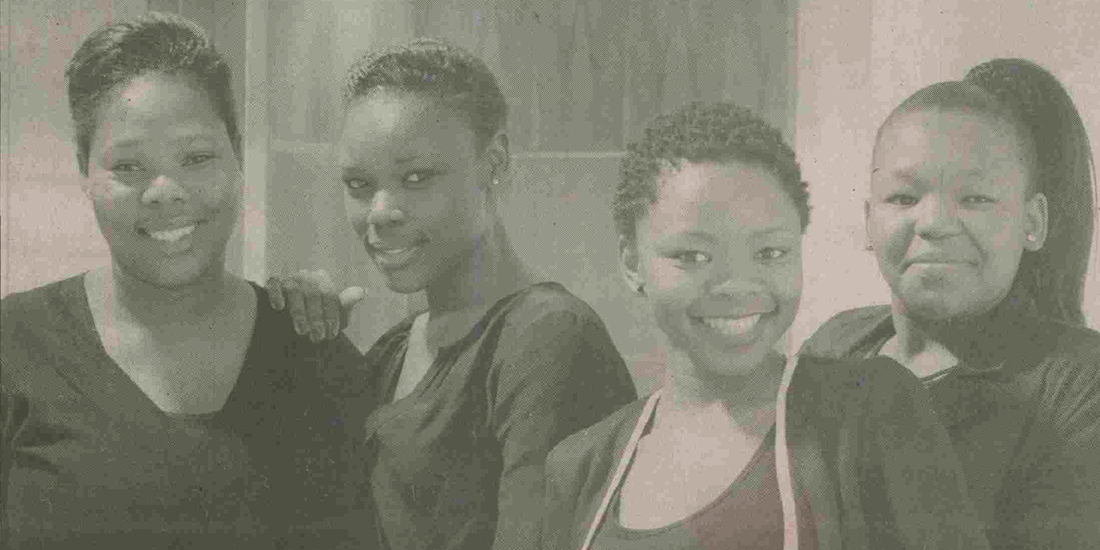 Micro-franchisees fired up to spread their services to the townships FOR four young Capetonians, women's empowerment is not a vague, academic concept, but - by Women's Day this year - a very real thing: each is about to become her own micro-franchisee in the first microfranchising project of its type in South Africa.

Nandipha Bambiso, Them- bisa Zine Tenza, Pumza Magaleni Dudula and Zelma Matinise are all set to start taking their services as nail technicians to the women of Masi. phumelele, Khayelitsha, Nyanga and Gugulethu. They have their mobile nail kits, their branding, their business cards, their service menus, their uniforms and, most importantly,, their qualifications as micro-franchisees. "Only one in 10 people are natural entrepreneurs," says Divya Vasant, who runs The Clothing Bank's Microfranchise Accelerator (MFA). "For microfranchising to work, we look for somebody who is obviously a hard worker and who can follow a welldeveloped system and structure."

The women were trained through Sorbet Empowering Women (SEW), and screened for the MFA training. Sorbet's foundation raises money for the training by selling Relate Bracelets. Relate is a 100 percent not-for-profit social enterprise that provides earning opportunities for the people who make the bracelets. A third of the money raised from the bracelets goes to the people who make them, a third to the partner charity raising money (in this case, the Sorbet's SEW foundation), and the final third goes to covering material and running costs. Bambiso, Tenza, - Dudula and Matinise went through rigorous screening, which involved occupational and emotional testing, and completed a 10-week course ,training them in business principles and franchising. They graduated at the end of last month as fully fledged franchisees of Amazi, Sorbet's microfranchising brand.

Matinise, 24, hails from the Eastern Cape and came to Cape Town after school with big dreams. She'd been a science and maths whizz at school and couldn't wait to begin studying. She had been living with her sister for just a few months when her sister died unexpectedly, leaving her to look after her 7-year-old niece and her 2month old nephew. "When this opportunity came up I had no real idea of what it meant to be a hail technician. I had had big dreams for myself and it felt like becoming a nail technician was going backwards in life. But I decided to give it a try. "I couldn't believe how fantastic the training was. We learnt so much about the physiology of hands and feet. It ended up being exactly the kind of thing I loved at school. And we learnt about how to run a business properly."

This included learning about marketing and choosing a place to set up their businesses so that the four women were not in direct competition. Vasant said: "Generally one finds only small copycat businesses in townships, where the only thing vendors can fight on is price, and many of them end up not even breaking even. "To have a viable business, it's imperative to have business training that allows a small business to grow and sustain itself. Microfranchising is so powerful because it's grounded in the principles of traditional franchising. If you take these principles and adapt them for those in remote communities, you are still working from the position of commercial sustainability."

Neil Robinson, chief operating officer of Relate Bracelets, explained how the funding of this training and development project had empowered not just the four young women, but a host of senior women too. "Unemployed senior women with large families to look after, usually with only the small amounts of money they get from social support, make the bracelets. A third of the proceeds from the sale of the bracelets go to those women. "SEW's good work-is giving young women practical new skills to help them become financially independent and able to set up a microfranchise near their homes, and the method of funding the work is supporting senior women too."

Vasant said: "The structure, consistency and oversight that make traditional franchising the most successful business expansion mechanism known are the very same principles that ground the sustainability of microfranchising models. "It is hugely admirable that Relate and Sorbet together saw and realised the potential of microfranchising. They're the first people in the private sector to truly open their minds to microfranchising. It's a powerful tool, but it can only work with the support of corporates and well-organised social enterprises."

Eight new trainees started their SEW course this week. "This," said Vasant, "is true economic empowerment. We have to create an inclusive economy and this is one of the most sustainable ways to do it."

This article was first published in the Saturday Weekend Argus on 09 August 2014, Click here to download the PDF.