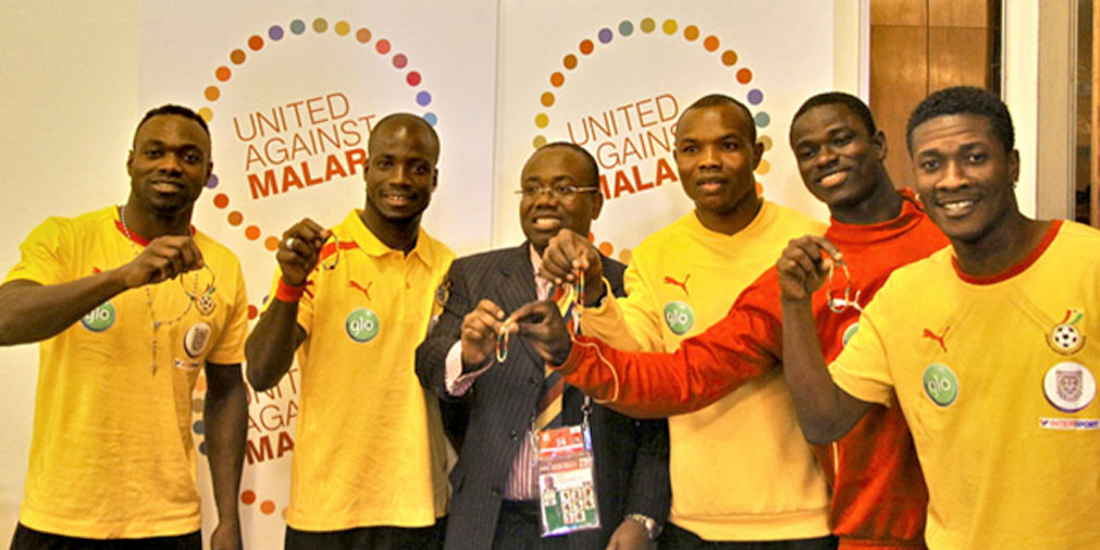 As a native of Ireland, I can attest to “football (soccer) fever” and the power that soccer has to capture the attention of people of all ages, and from all walks of life. Throughout Africa, the passion for soccer is taken to another level—players are not only stars on the global stage, but role models in their local communities.

This is why the United Against Malaria (UAM) campaign began in the lead-up to the 2010 FIFA World Cup in South Africa, providing a unique opportunity to shine a spotlight on malaria in Africa, the continent where 90 percent of malaria-related deaths occur.

In an unprecedented way, organizations leading the charge on preventing malaria deaths—including Comic Relief, Johns Hopkins University, Malaria No More, ONE, PATH, PSI, Roll Back Malaria, and the United Nations Foundation—united with the shared goal of using soccer to deliver educational messages on malaria to a broad audience of fans in Africa, the UK, and the United States.

In Tanzania alone, a survey reported that 6.6 million Tanzanians took action to protect their families from malaria after watching or hearing a UAM PSA during the World Cup.

Taking the Campaign to the Next Level – African Corporate Leadership

Since the World Cup, UAM has evolved significantly, driven by the energy and creativity of companies who adopted the campaign and now help to shape it.

From the outset, multinational companies like ExxonMobil and Pfizer supported the campaign in a variety of ways, and that momentum has been accelerated. This is due in large part to the leadership of African corporate partners including mobile phone company MTN, chicken restaurant chain Nando’s, and Standard Bank. Each is involved in a different way based on their unique footprint in the world.

In conjunction with Johns Hopkins University, UAM initiated Malaria Safe, a workplace program aimed at protecting employees and local communities from malaria. The results include an 80-percent drop in malaria-related absences at Said Salam Bakhresa in Tanzania. Standard Bank reported $6 million in savings due to reduced malaria-related absenteeism.

Nando’s and the Relate Trust in South Africa launched the signature UAM beaded bracelet, which provides income for the HIV/AIDS-affected workers who produce them. Proceeds go towards The Global Fund to Fight AIDS, Tuberculosis, and Malaria. Over 400,000 bracelets have been sold to date, raising critical funds for lifesaving mosquito nets.

With an ever-growing team of partners, we are posed to expand our reach and impact in Africa.

Our goal is achievable—together we can end malaria once and for all.

Human connection – being there for each other – is at the heart of who we are, what we do and, we believe, why people like you support us.