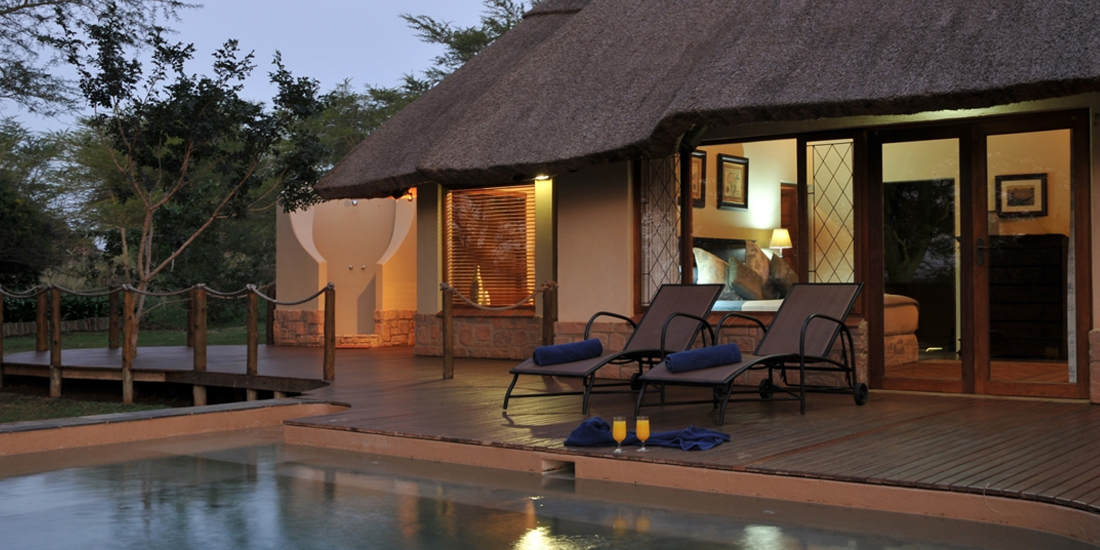 Protea Hotel Hluhluwe in KwaZulu-Natal has donated R60 000 to rhino conservation in the past year and will continue its mission to combat rhino poaching in the lead up to Wold Rhino Day later this month.

Daniel Tharratt, General Manager of Protea Hotel Hluhluwe and Safaris, says the hotel’s efforts to combat the scourge of rhino poaching is a passion for each and every STAFFER.

“This year, we are focusing on raising more money for the sterling efforts of those who fight on the ground to conserve rhinos for the next generation.

“Our focus is twofold: the Honorary Officers of Hluhluwe (who help monitor rhino in the Hluhluwe-iMfolozi  reserve) and the Endangered Wildlife Trust.

“Firstly, we’ll be taking R50 from every booking made on our Rhino special  every day and donating it to the honorary officers to combat rhino poaching in our own area.

“We’ll take another R25 off to buy a Relate Save the Rhino Bracelet. We’ll give each booking one bracelet and encourage them to buy more, explaining to them where the money is going (The Endangered Wildlife Trust’s Rhino Project).”

The other way in which Protea Hotel Hluhluwe support rhino conservation is by supporting and offering marshals to the Rhino MTB race in September every year.

The R60 000 collected so far was raised from a Rhino Special on the hotel’s rates which ran from July last year to the end of June this year.

R40 000 of those takings went towards the construction of a hangar for a fixed-wing aircraft. The Bathawk aircraft is used by the Honorary Officers of Hluhluwe for monitoring and surveillance and has proven extremely helpful in the early detection of rhino carcasses, allowing increased response times by conservation officers.

The hangar was completed thanks to large donations from Protea Hotel Hluhluwe and Save The Rhino International, as well as donations from a variety of other individuals and institutions around KZN.

Nicholas Barenblatt, Protea Hotels Group Marketing Manager says: “Protea Hotel Hhuhluwe & Safaris has taken on the cause of rhino conservation with great vigour. This money is used in a variety of ways to fight rhino poaching in KZN, a province which, like the rest of South Africa, has suffered great blows to the rhino population in recent years.

“The hotel’s clear, strategic conservation focus is making a palpable difference to those individuals and institutions whose daily work it is to outwit poachers. We’re immensely proud of what they’ve achieved and their hard work shows what is possible if you’re passionate about a cause.”

This article was first ublished by Hospitality Market Place on 04 September 2014, click here for the original.