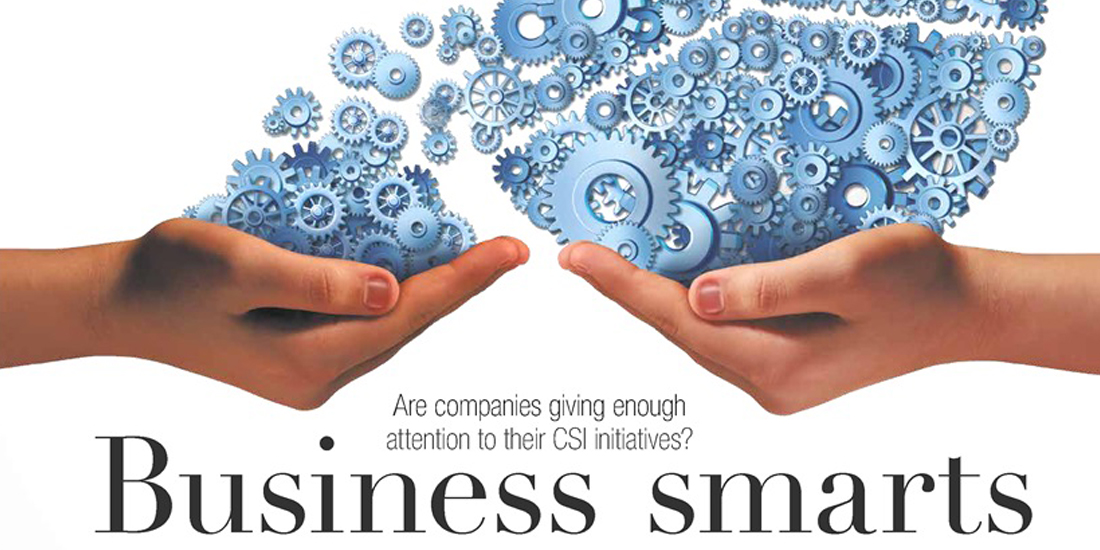 This emerged earlier this year when Tshikululu Social Investment presented results of research it had done into what motivated companies to undertake corporate social investment.

They showed that social responsibility programmes were generally seen as an extension of a company's values and culture and a means of demonstrating their commitment to the development of South Africa.

Yet, while many companies started their CSI programmes long before government or industry regulations demanded that they do, monitoring and tracking systems are often faulty or non-existent. The result is — predictably — that the money spent will not always necessarily translate into concrete examples of improved lives. Or at least, not as many improved lives as are necessary to build a solid, hardy society which is not plagued by, as Tshikululu Social Investment CEO Tracey Henry called it, ''the triple dilemma of poverty, unemployment and inequality.''

Neil Robinson, chief operating officer of Relate Bracelets, a 100% not-for-profit social enterprise, says he is concerned about the fact that corporates are spending such large and important sums of money while, on the other hand, not-for-profit organisations are reporting earnings of up to 40% less than previously. ''It is an appalling thought that even some of the almost R8 billion spent on social development last year could have been frittered away because there was not enough strategic thinking and implementation around where big business is spending their money. Whether their motives are purely moral, or a combination of moral and legislative imperative, not a cent should be going to waste,'' says Robinson.

Legislation requires that corporates donate 1% of their net profit after tax to social-economic development investment. Many big companies are rigorous about monitoring where the money is going and what it is doing, but others fall short in this area. Robinson believes that this is more a result of benign neglect than an overt inability to ensure the money is properly spent. ''Corporates are busy with their core business and their one percent is often an afterthought. Some big companies are experts at CSI,'' he says. They have assigned resources and sometimes entire departments to CSI spending, but their closely monitored systems are the exception rather than the rule.

Robinson speaks from experience. He worked in corporates for over 20 years and says that he assigned the one percent dedicated to CSI for a while, without knowing what the money was doing. It was only after he visited the non-governmental organisation his company was giving the money to that he became properly fired up about corporate social responsibility.

''I was astounded by the work that the NGOs do with so few resources, and I was shocked that so much of the money that they used to do their incredible work came not from inside our borders, but from organisations outside South Africa. There's not enough government money going to NGOs. Their work is always pressing and urgent and often life-saving. Without the work that the NGOs do, South Africa would be in dire straits.''

He says he became increasingly aware of how important it is for corporates to take a real and measurable interest in where their money was going. There are companies that offer support and holistic solutions to CSI by connecting corporates with NGOs. Michelle Yorke of CSI Solutions, in her introduction to the CSI Tool_kit, says ''Simply put, the CSI industry is in turmoil and, unless we start working together, sharing lessons learnt and professionalising our practice, we could be doing more harm than good in those communities in which we are striving to make a measurable impact.''

If a company is keeping its social responsibility programmes in-house, there are a few things they must do, says Robinson, in order to make sure that their money makes the right impact. Firstly, corporate social investment needs to form an integral part of a business strategy — just like human resources, marketing, operations, production, manufacturing and finance.

''These parts of every company are given time and thought, even if the business isn't a corporate heavy-weight,'' says Robinson. ''If social investment is positioned in the same way inside a company, the investment will work.'' Aligning social investment with all the other functioning and important parts of a business means that its work will be caught up in the wider net of good governance and management of business, which is something any successful company strives for. In this way, efficacy can be monitored and improved where necessary.

According to Robinson, only once the measurement and monitoring of the long-term effects of the billions spent by corporates on social development have been implemented — and they have proven to themselves that the projects they are involved in are sustainable — will these valuable contributions no longer be questionable. When social spending is afforded due diligence, its effect becomes quantifiable.

This article was first published by Skyways, click here for pdf version.