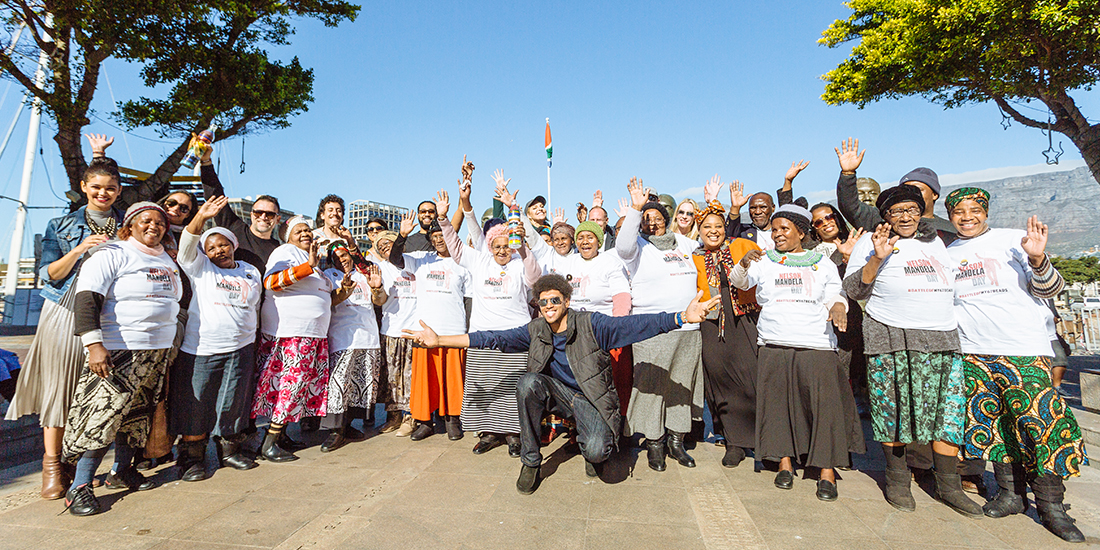 A day that will be remembered as The Battle of My 67 Beads.

The battleground: the V&A Waterfront in Cape Town. The warriors, nimble-fingered and determined to show no mercy…for a good cause.

The Beading Gogos and Tatas were back in full force for the Relate Trust’s fourth annual beading challenge ahead of Mandela Day.

This year, the contest was a bit different. Instead of battling their former opponents, the seniors set their sights on one another.

Each paired up with a celebrity to bead a winning bracelet for an educational cause close to Madiba’s heart: The Nelson Mandela School Library Project.

For Matthew Booth, Sox Georgiades (aka DJ Sox), and Quintin Goliath (aka Jitsvinger), it was not their first time facing the seniors. After two years to heal their wounds, still slightly scarred from their 2015 loss, they came back ready to compete. 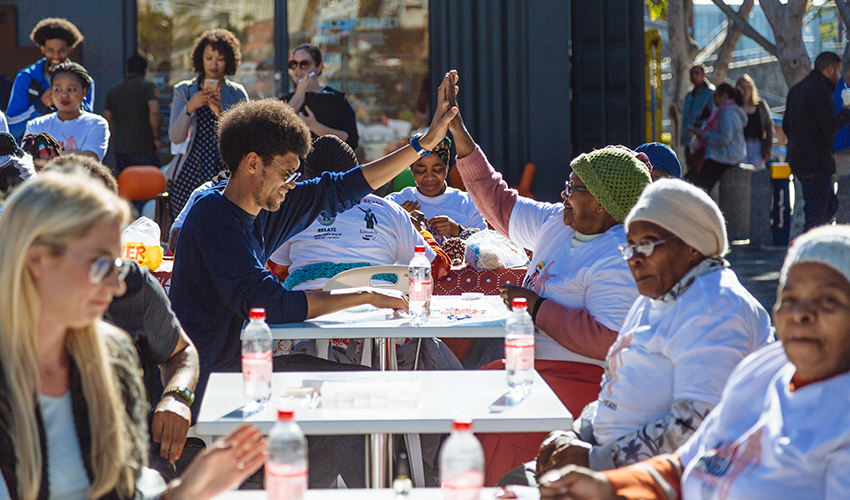 Long-time Relate ambassador Tracey Lange led the battle as ringleader/master of ceremonies for the day. Fresh faces to the competition: Lindy Hibbard, Mathew Gold, Zoë Brown, Zola Nene, Schalk Bezuidenhout, Roxy Marosa, Liezel van der Westhuizen and Kamini Pather, had no idea what they were in for. 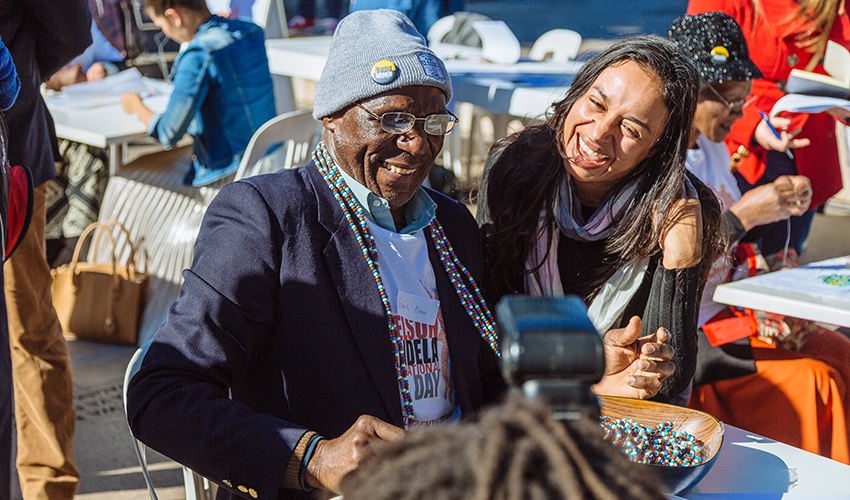 This year, the challenge was simple: The celebrity and senior pairs had exactly 67 minutes to plan, design and thread a bracelet.

The winning team called 'Busy Beads' with Dj Sox and Mama Elphia Ngalo won the battle with a bracelet called The Cell. Their bead pattern was 4-6-6-6-4 inspired by Nelson Mandela's prison cell number. 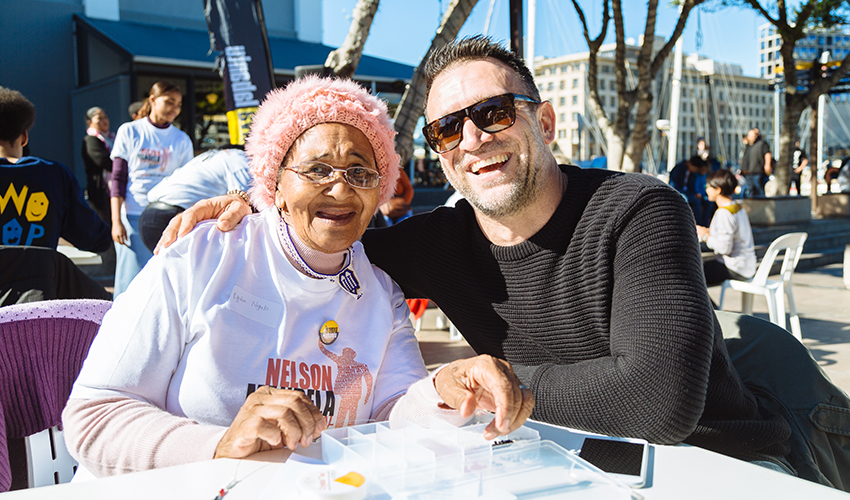 All the bracelets created on the day, including the “winning” bracelet, can be won in a lucky draw to raise funds and awareness for the Nelson Mandela School Library Project.

The project aims to change the face of literacy by refurbishing and donating fully-stocked container libraries to underprivileged schools across the country. 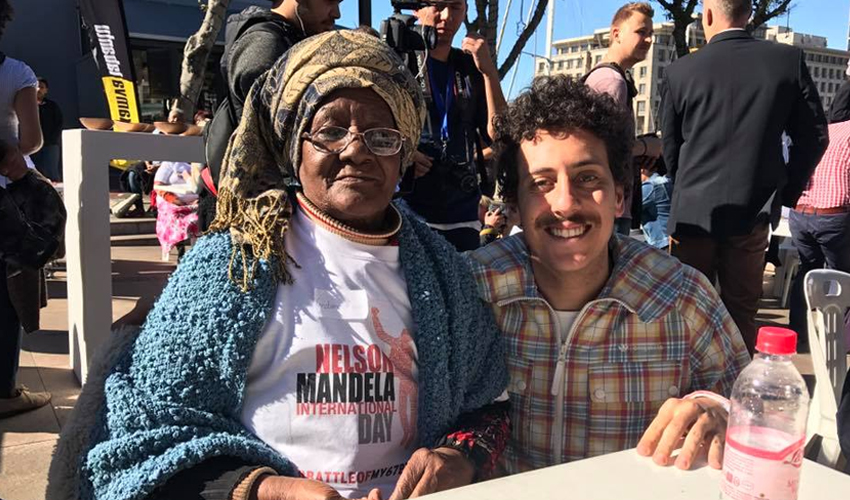 One of the contestants, comedian Schalk Bezuidenhout said, “Time is one of the most precious currencies, and it's the one you should be giving on this day”.

He adds, “Of course, buying a bracelet also won't hurt.”

Anyone who purchases a Relate Mandela Day bracelet in support of the Nelson Mandela School Library Project can enter the lucky draw. The bracelets cost R67 and are available in selected Tourvest Destination Retail stores including Made in SA, Indaba Curios, Taung, The Tiger's Eye and Out of Africa.

“We felt this event would be a fitting tribute to the great man Nelson Mandela in what would have been his centenary year, while celebrating the seniors who work hard to produce the bracelets that support so many worthy causes like the Nelson Mandela School Library Project,” said Relate Trust CEO Neil Robinson.

“These remarkable seniors, like Nelson Mandela did, are still contributing so much to their country, their communities and their children and grandchildren, and we are extremely grateful for their role,” Robinson added. 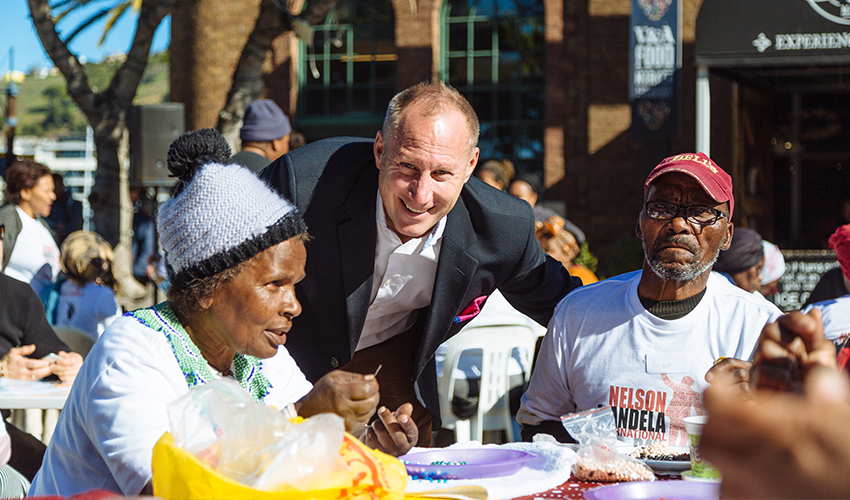 Every Relate bracelet sold also supports these seniors who thread the beads to supplement their pensions. Many of them care for their grandchildren and others orphaned by HIV/Aids. Younger staff members, who form part of Relate’s production team, also benefit with training in their chosen fields to further their careers beyond Relate

To win the bracelets that were made at The #BattleofMy67Beads, purchase a Mandela Relate Bracelet from Made in SA, Taung, Out of Africa or Tiger's Eye at the V and A Waterfront and enter your name into the lucky draw. Competition closes on 19 July 2017.