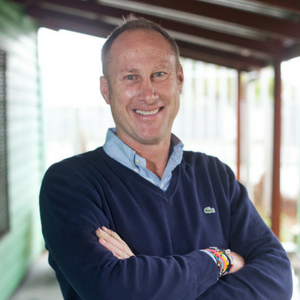 A recent report revealed some worrying findings regarding the state of literacy in South Africa: 78% of South African Grade 4 children were not able to reach the lowest benchmark, compared to 4% internationally. Our country, in fact, placed last in the study which assessed nearly 320 000 children in 50 countries - including 12 810 Grade Four learners across 293 South African schools.

Perhaps not surprisingly, schools in rural settings achieved significantly below those in densely populated urban and suburban areas. Learners in township areas also tended to achieve low scores, just slightly above learners in remote areas yet far behind the highest performing group.

Learners writing in English and Afrikaans achieved significantly higher scores than the African languages. The statistics speak for themselves. This country is in crisis.

The Children’s Institute’s annual South African Child Gauge also shows how marked this inequality is and the vicious cycle it creates in that 65% of learners in the 10 richest schools are “advanced” in their literacy. The same cannot be said for many poorer schools.

And that’s if children have access to schools. The 2017 Child Gauge notes that many rural schools have closed since 2002. In fact, the number of public schools dropped by 10% nationally between 2002 and 2015 - with the largest decreases in the Free State, North West and Limpopo.

A human right not realised

We all know that the South African Constitution declares that “everyone has the right to a basic education”. But there is a desperate need for resources in rural communities across the country. This needs to be addressed.

Provision of decent educational resources is a core focus area for many South African organisations, particularly given the shortcomings in state-provided services and the impact of education on the life of a person born into poverty.

Forty-nine percent of South African youths are unemployed while more than half the country lives below the poverty line. Young people need to receive an education that gives them the necessary skills to enter the working world.

Resources can be as simple as access to books and other basic learning materials. Children don’t need to have tablets, laptops and the latest technology to be able to get a decent education. They need these basic resources and, especially, facilities where they feel welcome and safe.

NGO Soul Buddyz has been running clubs in South African primary schools since 2004 - aimed at improving the lives of learners during and beyond their school years. In a newly published study, their programme was proven to have had a lasting positive effect on participants.

The study noted that few evaluations of school-based interventions for young people have followed them once they leave school, which is “often their period of greatest risk”. Former Soul Buddyz club members were assessed on their community participation, level of education attainment, employment status, involvement in gender-based violence, and overall health including risky sexual behaviour, HIV status, alcohol and drug use, pregnancy status, and STIs status.

Results showed that children who used its facilities have a better chance of not only passing matric but also later being employed. In fact, 73% of ex-Buddyz had a matric certificate and were also “slightly more likely to have a tertiary diploma”. It was also found that ‘ex-Buddyz’ typically waited longer to have sex, had fewer sexual partners, and were more likely to practice safe sex. Furthermore, they were 10% less likely to drink at hazardous levels.

One of the Soul Buddyz programmes involves working with the Mandela Library Project, an NGO that builds container libraries in identified at-risk schools, enabling access to books and, ultimately, improved literacy rates.

The library project also released its own report with data showing that since the implementation of the libraries, students have demonstrated improved English language skills and academic marks. The libraries have also become a meeting point for Soul Buddyz members, facilitating a reading culture for pupils while also serving as a valuable tool to teachers for additional material for their lessons and to students for class projects.

The “Long Walk to Freedom report” demonstrates the impact of the project on specific schools and highlights the difference in pass marks before and after the implementation of the libraries.

At Thuto Ke Tsela Primary School in the Free State, for example, the Literacy Annual National Assessment (ANA) results for Grade Three learners in their home language was 43.5% in 2012. A year after the library opened, that level hit 49.5% for the same grade. Likewise, in the same year that the library was implemented, Grade Six learners showed a literacy rate of 37.6% compared to 25% the year before.

Since 2011, the Mandela Library project has seen the delivery of more than 100 libraries. Each library typically services 1000 children per year and remains active for at least 15 years. So, one library will influence 15 000 children on average. Some of the libraries are also open to the surrounding communities, influencing even more people.

According to Plan International UK, an organisation which aims to improve global literacy statistics, literacy can lift individuals out of poverty as it creates opportunities for people to develop skills that will help them provide for themselves and their family.

It’s clear to me that access to resources can make a big impact. Hopefully, in the years to come, we will see a dramatic improvement in literacy rates across the country.

*Neil Robinson is CEO of The Relate Trust, a 100% NOT-for-profit social enterprise, which sells hand beaded bracelets in support of causes including the Nelson Mandela Library Project.