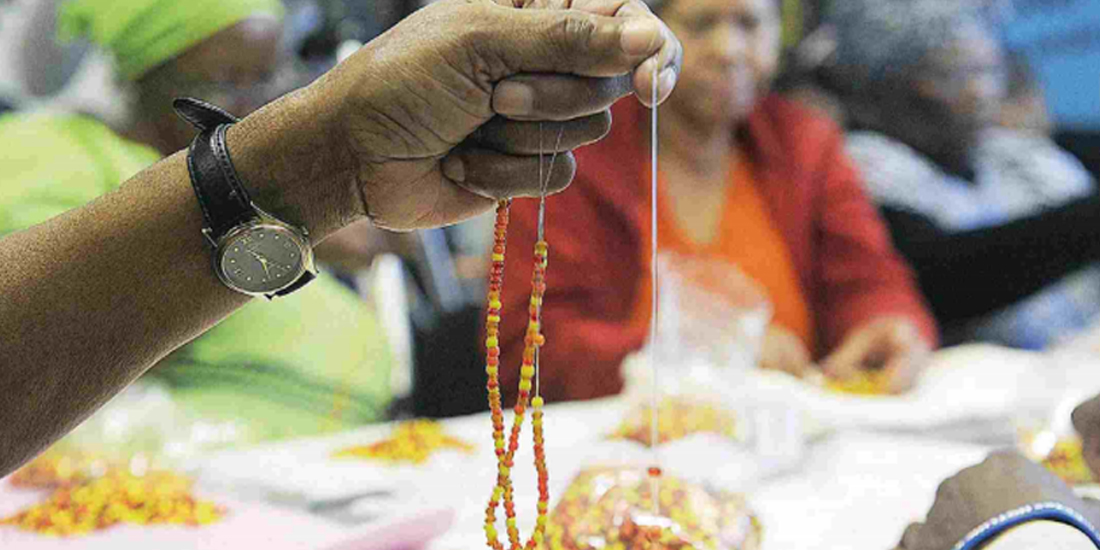 A GROUP of gogos and grandpas rapidly beaded strings of red, yellow, amber and orange beads together to make as many bracelets as possible in 24 minutes - representing the daily fight against the disease ahead of World Malaria Day today.

When their time was up, they had potentially saved 53 910 lives in nearly 18 000 homes across Africa through the production of almost 9 000 bracelets. This will amass more than R314 000 to be used in the fight against malaria. Member of famed band MiCasa, Joao da Fonseca - better known as J'Something - this week led the beading effort with members of the Noluthando 1 Senior Citizens Club in making Relate Bracelets, a not-for-profit organisation which advocates causes through the sale of bracelets in aid of Goodbye Malaria, an initiative started by African entrepreneurs to raise funds to fight malaria on the continent.

For each bracelet sold, two homes will be sprayed and protected from malaria for six months. According to Goodbye Malaria, one person dies from malaria every minute.

"Malaria is the biggest killer in Africa. Generations are being lost. That's how scary it is. Imagine a kid dying every second from something that can be treated," Fonseca said. "We (Micasa) have always wanted to create a brand that becomes so huge and popular that in turn we are able to make a difference - to make a change. And one more specific goal for us was and is to influence the youth. With Goodbye Malaria, we are able to do both. It's a great initiative. It saves lives," he added.

Fonseca said the issue hit home as one of their band members, Thomas Diyani, suffered from long-term malaria.

Goodbye Malaria chief executive Sherwin Charles said the initiative aimed to tackle malaria through advocacy and awareness, prevention and treatment. "The challenges we face include the environments we enter, with tough terrain, few roads and little infrastructure. In some areas, malaria is so prevalent people accept it as a way of life. We need to change that mindset... Malaria is easily preventable," he said.

Charles said they also faced the challenge of getting treatment to waraffected regions and combating the prevalence of fake medication.