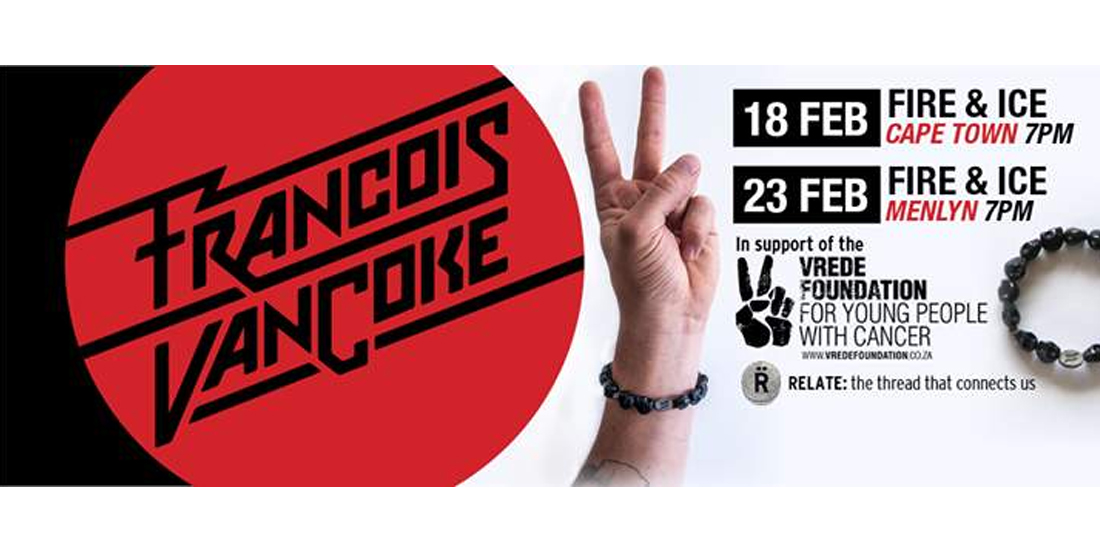 Join me for a FREE acoustic show and launch of my Vrede Foundation Relate Bracelet.

The Vrede Foundation – founded by Herman Pretorius, who lost his battle to cancer eight days before his 30th birthday in 2015 – is dedicated to raising awareness, early detection, as well as funds for young South Africans with cancer.

On his involvement with the Vrede Foundation, Van Coke says: “Herman and I have a long history. From playing in bands together in high school in the 90s to being part of the rise of the Bellville rock scene in the 2000s, he was truly my blood brother. His death was a blow not only to those of us who knew him and the South African rock scene, but also to the people he was reaching through the Vrede Foundation. Partnering with Relate on this bracelet is the least I can do to honour him, his legacy, and the message he was trying to deliver.”

This article was first published by Gebeure on 03 February 2016, to view the original online click here.