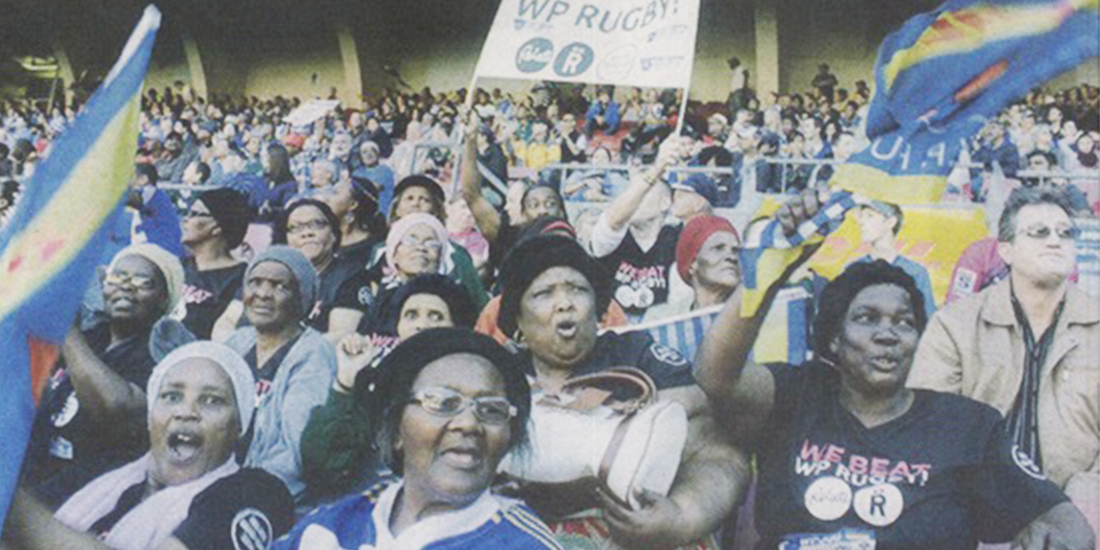 An outing with plenty of fun "WE WERE so excited we couldn't sleep the night before," said Nora Venge (60). She and 15 other gogos watched a Currie Cup rugby game on Saturday between Western Province (WP) and the Blue Bulls at Newlands stadium.

The gogos, from Relate Bracelets in New Crossroads, watched their first live game at a stadium after they won a Bead-off event against the WP rugby players in honour of Mandela Day last month.

Bead-off winner Nozolile Mjodo (68) managed to bead a string of 4,2m - in contrast to the fastest rugby beader, Juan de Jongh, who managed only 1,7m. For the gogos' prize the rugby players invited the women from Ikamva Labantu Noluthando 1 Seniors Club in New Crossroads to the stadium for an exciting sport experience.

Blitz-beader Nozolile told Daily Sun she was happy to mingle with white people at the game. She said she never had the opportunity before and it was special because Madiba brought black and white together. "This is wonderful! My kids were so happy that I was going to the stadium," she said. She also received a Defy stove. The Bead-off was arranged by Relate Bracelets, which employs seniors to string beads that are made into bracelets to raise money for more than 50 charities.

Most of the 200-odd seniors who thread for Relate Bracelets at Ikamva Labantu's centres are elderly women who are living on government pension but support entire families. The bracelets provide threaders with an extra income. It also gives them an opportunity to get together with other elders of their community to talk, laugh and connect.

Relate Bracelets COO Neil Robinson told the People's Paper: "In our quest to make a difference and change lives we make many different bracelets. "But the thread running through all the bracelets is the people, mostly senior citizens, who string all the beads in townships in the Western Cape." About 16 gogos from New Crossroads watched their first live game between Western Province and the Blue Bulls at Newlands Stadium.

This article was first published by Daily Sun on 18 August 2014, click here for the original article.